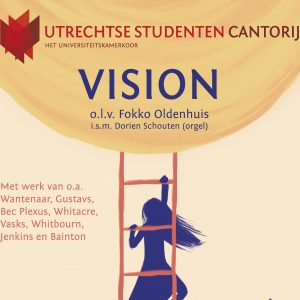 I wrote this composition at the request of singers and former singers of the Utrecht Student Cantorij, who celebrated the 10 year anniversary of their conductor Fokko Oldenhuis (June 2019). The work is inspired by the first part of “Nu is van Kalifornisch goud de tijd,” a seven-part choral cycle by Daan Manneke, based on poems by Paul van Ostaijen. Each of the seven parts in this work was dedicated to an acquaintance of Manneke; Fokko Oldenhuis is listed on the seventh part. I used some passages from the poem “Barbaarse Dans” by Paul van Ostaijen.