Violin and Soprano (one person) 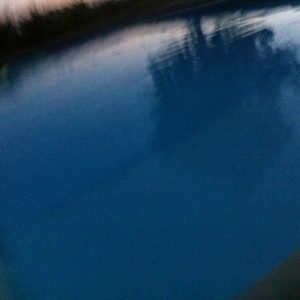 By composing this work for voice and violin (by one person) I was inspired by the music of Stravinsky, Shostakovitch, Tsjaikovski, Veljo Tormis and Virpi Räisänen.

The Ice Maiden (‘Isjomsfruen’) – a fairy tale by Hans Christian Andersen
The story of Andersen tells how a little boy named Rudy comes into the power of the Ice Maiden, through a mysterious kiss. He grows up in Switzerland and has many special gifts. But when he meets a girl and has the happiest moment one day before his wedding, the Ice lady demands him back and stays with her forever.

One day before the wedding, his fiancé Babette has the idea to go to a small island, where there is just enough space to have a dance together. When the loved ones are sitting on the island, Babette sees the boat floating away. Rudy dives into the water where the Ice Maiden, who rules over the water and skies, kisses him. He drowns and Babette stays alone on the island.

For this composition I used different texts from the conclusion, the last chapter in the fairy tale. In this chapter, Ruby calls out that the earth has nothing more to give him. He has everything that is needed: Babette’s love. Moments later, with only a delicate kiss, he is lured to death by the Ice Maiden, described as half a child of the sky and half the mighty conquerer of the river. She lives in a cold and strange ice world, where the souls of the doomed are imprisoned until forever. However, she can not resist the harmonic choir of other natural spirits, good lovable spirits – the daughters of the beams of the sun. Andersen writes beautifully about the natural forces in their elementary, poetic form.

The moment Rudy disappears into the water, everything around him is quiet. The church bells fall silent, the last tones disappear with the shining of the red clouds. The daughters of the sunbeams are no longer protecting him. The Ice Maiden and the beautiful Babette, both call to him: “You are mine!”. Andersen describes a violin string that brakes and the mourning sounds, as the kiss of death overcomes the corruptible. He describes that the life drama can now begin, and that Babettes melancholic sounds resolve in the cleanest harmony. Andersen wonderes if Rudy’s death actually is a sad story…

Babette remains on the island unhappy and alone. During the everlasting silence, Rudy’s last words still sound: “The earth doesn’t need to give me any more than love!”. The words sound full of joy, but are repeated in deep sorrow.

In my composition I wanted to bring to sound the overall image of the fairy tail by using and mixing some of the texts with elusive, often disturbing sounds of the violin. The violin and the voice constantly dance around each other, occasionally coming together and eventually disappearing in the silence of the night.

The texts are included in the video, with subtitles in Danish (original language), English and Dutch.