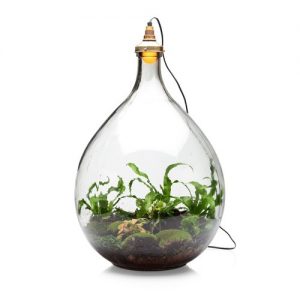 Chamber choir JIP was founded in 2013, and has grown over the past three years under the artistic leadership of my brother Jonathan and me. Twice a year, a challenging and original a capella program is compiled around socially relevant themes. The programs are often daring and bold. Singers are expected to prepare for the rehearsals at home, and work on singing technique, stage presence, improvisation, and team-building during rehearsals, thus creating a choir with a unique and high quality sound.

JIP7 | La tierra está cansada | autumn 2016
The earth is tired. During the JIP7 concerts, JIP guided the audience through endless unspoiled nature and rich cultures from South America, but also sang about climate change and the relationship between our emotions and cycles in nature. In the first half of the concert, we sang songs from different parts of South America. We stamped through the Amazon, mourned the Incas, flew above the Andes mountains and honored the Latin American soul.

After the break, JIP7 performed a whole new composition for choir, soloists and guitar: Requiem de la Luz. A four-part requiem, with a libretto from the Chilean poet Nícolas Barría González, brought to music by Bjarni Gudmundsson, Diederik ten Böhmer, Jonathan Ploeg and myself.
In the Requiem of Light, the death of the sun and the cycle of life is a central theme. In four parts, the poet gives expression to the forming of the seasons, the origin of the universe, the origin of life on earth, the development of our senses and the death of the sun. The text encourages the listener to become emotionally aware of the life and relationships between the various parts of nature and ourselves.

The full requiem can be listened via this link.

For this project, we worked together with two great musicians: Argentinean guitar player and conductor Alvaro Rovira Ruiz, specialist in the Tango and Latin American Folklore, and Meike Aukes, Classical Guitar Student at the World Music Department of Codarts, with a specialization in Brazilian music.